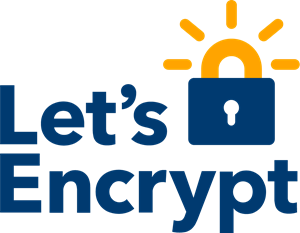 So you have this nifty web application deployed on your OpenShift cluster and you want to make it accessible by the whole world with HTTPS under the name coolapp.<mydomain>. Unfortunately you face several issues:

Let’s Encrypt to the rescue!

As a moral side-note Let’s Encrypt also has drained the money-for-nothing-business practised by so many other certification bodies for so long basically offering the very same level of domain verification for horrendous costs.

In essence to prove that the domain in question is under your control Let’s Encrypt sends you as the supplicant a challenge (aka token) that you have to present under a well-known URL on your web server (HTTP-01) or as a TXT record with a well-known domain name in the DNS (DNS-01). Read the excellent documentation on their website about how it works and all other details.

There have been early attempts to use certbot in an OpenShift cluster. But the circumstances in a cluster are so different compared to a bare metal machine runnning e.g. an nginx web server that these attempts did not gain much traction. Instead special solutions have been implemented.

Unsurprisingly the following instructions will explain how to use Cert-Manager. We will focus on domain verification via DNS. Although more complicated to set up this approach is more flexible as it is also applicable for web applications not reachable from the Internet. From our experience this use case is quite common in enterprise environments. We will show how to employ ACME-DNS, a stripped down DNS server with just enough functionality to serve the TXT records needed for domain verification via DNS. With ACME-DNS we avoid any vendor (i.e. cluster provider) lock-in. We will mention alternatives and options along the way wherever we deem it worth pointing out, but will not go into details.

We assume that your OpenShift cluster is version 4. You can use Cert-Manager on OpenShift 3, but please consult the installation instructions for limitations and special procedures.

You have two options to install Cert-Manager. You can either install it as an operator directly from your cluster’s web console (Administrator view: Operators → OperatorHub → Search for ‘cert-manager’). By the time of writing this article (2020-09-16) the operator from the catalog was quite outdated (version 0.15.2 listed while v1.0.1 was the latest available). The installation instructions mention a link to Red Hat’s operator catalog that is defunct.

The second option is to install all necessary resources old-style with a long template file. As we want to go for the latest and greatest this is our way.

Log in to your cluster as cluster administrator, create a namespace for your Cert-Manager resources and apply the template to create all the resources.

Note: The –validate=false flag is added to the oc apply command above or else you will receive a validation error relating to the caBundle field of the ValidatingWebhookConfiguration resource.

Before we go into configuring Cert-Manager we have to prepare ACME-DNS. As we want to use domain verification via DNS we need to be able to programmatically set certain TXT records. More specific: We request a (new) TLS certificate from Let’s Encrypt for the domain coolapp.mydomain.com and get a challenge in response. We have to present this challenge-1- in a TXT record with domain name _acme-challenge.coolapp.mydomain.com. Unfortunately most DNS servers do not provide any API to manipulate zone information programmatically. Instead we delegate the TXT record to some other domain served by ACME-DNS. The above mentioned TXT record becomes a CNAME record pointing to this new domain.

We have to register with acme-dns.io by sending a POST request to its REST API.

With this command you register a subdomain under auth.acme-dns.io where you can put your TXT record programmatically (as will be explained shortly). The JSON data in the request restricts access to the API for this subdomain to a certain IP range. Send an empty request (-X POST instead of --data '{...}') if you don’t need this additional security. See ACME-DNS’s usage instructions for details.

ACME-DNS is open source. You can run the server by yourself in case you do not want to be dependent on acme-dns.io.

Next step is to set up where certificates will be requested and how the domain verification will be performed. This is achieved by creating an instance of Issuer or ClusterIssuer. The first is a namespaced resource while the latter is valid for the whole cluster.

This issuer will use the ACME protocol (spec.acme) and the endpoint will be Let’s Encrypt’s staging endpoint (spec.acme.server). Your Let’s Encrypt account credentials will be stored in the secret letsencrypt-account-key. You don’t have to prepare anything there as Cert-Manager will take care of registration automatically the first time it contacts Let’s Encrypt. Below spec.acme.solvers we define what domain verification will be used.-2- The key-value-pair cnameStrategy: Follow is important as it allows to delegate the TXT record to some other domain by means of a CNAME record.

Instead of acmeDNS you can specify one of the other supported DNS providers. In case your OpenShift cluster is run by one of the listed cloud providers you can use their proprietary interface.

If you opt for running an ACME-DNS server by yourself host: https://auth.acme-dns.io is the place where you have to put the URL of your self-hosted instance.

The credentials we got when we registered with acme-dns.io have to be stored in the secret acme-dns-secret. Create it with this YAML file

Of course you have to adapt the data to match your domain, your ACME-DNS credentials, your ACME-DNS subdomain and the domain(s) you want certificates for.

With Issuer configured, account created on acme-dns.io and credentials stored in a secret everything is now in place to request a certificate.

During our experiments with cert-manager we encoutered error messages in the log output of the cert-manager pod.

(Formatting not in the original output.) Domain verification finally failed.

This is what happened in detail: We had requested a new certificate. Cert-Manager sent a request to Let’s Encrypt and got back the challenge to be used in the following domain verification. Cert-Manager prepared the TXT record in our subdomain of auth.acme-dns.io. Cert-Manager was about to get back to Let’s Encrypt to tell them Everything is in place now. Go ahead and verify that we are in control of the domain. Before actually doing that Cert-Manager tried to verify itself that the TXT record looked as expected. Instead of simply using the DNS resolver configured in the pod it somehow determined the authoritative nameserver for the TXT record and tried to contact it directly (supposedly to bypass any caches on the way from the local resolver to the authorative nameserver that might hold outdated records). In our case this was the observed TCP connection to 46.4.128.227 (auth.acme-dns.io) port 53. This connection timed out because it was blocked by our firewall. Actually this is a common firewall rule in enterprise environments to avoid confusion in ‘split horizon DNS’ setups, e.g. www.mydomain.com must deliver an internal IP address if resolved by an internal host contrary to an external IP address when resolved by some host in the Internet.

The solution for this issue was to modify the deployment of the cert-manager pod. First find out the IP address of the resolver configured in the pod. As the images for the Cert-Manager pods are super-lean (i.e. no shell, no basic unix tools) you will have to use some other existing pod you have access to.

Find the section with the arguments for the command run within the pod.

This forces Cert-Manager to use the local resolver only (no direct communication with remote nameservers). The downside being that verifying the TXT record will take longer-3-.

Requesting a certificate is accomplished by creating an instance of Certificate. Here is the corresponding YAML file

So far we have got a TLS certificate stored in a secret. On the other hand routes in Openshift do not read TLS data from a secret but store it in the route directly.-4- Kubernetes ingresses do it that way, but we are on OpenShift. By the time of writing (2020-09-16) routes were not natively supported by Cert-Manager. A pull request was already in a very advances stage. So probably routes will be supported in the near future.

In the meantime you have to apply a little trick. The official OpenShift documentation doesn’t mention it (for unknown reasons) but it is possible to create Ingress instances in OpenShift too. They are not processed by the ingress controller directly in a way that HAproxy is configured accordingly but instead the ingress controller automatically creates one or more Route instances that mimick the desired behavior of the Ingress. It even monitors the Ingress instance and adapts the routes in case anything changes with the ingress. That’s the way we need to go. Delete any existing route for your application and create an instance of Ingress

Again adapt the data to your needs and then create the ingress with oc apply -f .... Automagically a route comes into existance and the fields spec.tls.certificate and spec.tls.key contain the certificate data from the secret where Cert-Manager stored the certificate.

Probably you will realize pretty fast that the route is of very limited use. Very intentionally the instructions so far consistently used the staging end point of Let’s Encrypt. The resulting TLS certificates are signed by a fake CA not recognized by any TLS client.

Create a second instance of Issuer very similar to the one created above. The differences are metadata.name: letsencrypt-prod and spec.acme.server: https://acme-v02.api.letsencrypt.org/directory. Adapt the existing Certificate by changing spec.issuerRef.name to letsencrypt-prod.

This will trigger Cert-Manager, the CertificateRequest will be adapted, a new Order instance will be created and a new verification process will start. In the end a new TLS certificate will be stored in the secret. This time signed by Let’s Encrypt’s official certification authority. The route mimicking the ingress will be recreated by the ingress controller with the certificate data from the secret.

Hopefully none! Your certificate will be renewed by Cert-Manager automatically as soon as the certificate’s expiration date minus the renewBefore value from the Certificate instance has been reached. Nevertheless we highly recommend that you monitor the first renewal - just to be on the safe side.

Note 2 Cert-Manager allows to configure multiple solvers here. Selection which solver is used for a specific certificate is done based on labels (of the corresponding Certificate resource instance) and matches against the domain name(s) or domain(s). Read the Cert-Manager documentation for details.

Note 3 TXT records served by ACME-DNS come with a time-to-live (TTL) of one second. So the difference should be neglectable. Nevertheless experiments showed that it sometimes takes significantly longer (up to 1 minute) till you see the updated TXT record - for whatever reasons.

Note 4 There is an issue about moving TLS certificate data from routes to secrets referenced by the routes that has been lingering in OpenShift’s GitHub project since more than 5(!) years.