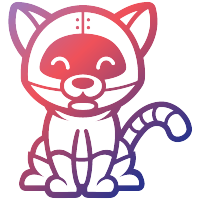 One of our customers is in the process of decommisioning their OpenShift v3.11 cluster. This cluster is currently still used for building customer specific base images. Over time quite a few elaborated pipeline builds (based on Jenkins) have been developed for that purpose.

The customer wanted me to migrate the existing pipeline builds on their v3.11 cluster to Tekton (aka OpenShift Pipeline) builds running on their new v4.9 cluster. This task turned out to be quite pesky. Tekton is a beast in many aspects.

For instance the base images that we want to build are in some cases dependent on each other. In other words we want one newly built base image to trigger the build(s) of other base image(s). Turned out there is nothing in Tekton that compares to image change triggers in BuildConfigs.

We did some brainstorming internally and in parallel got in contact with Red Hat. We ended up with two options:

Both options have their drawbacks. Custom builds as needed for the first option are poorly documented. The second option requires installation of two bulky products (Knative and Knative Eventing) just to get the desired resource ApiServerSource. Our customer currently has no demand for Knative and regarded the second option as breaking a nut with a sledgehammer. So I focused on option one.

To my surprise I didn’t encounter any major obstacles. The approach worked to my satisfaction right from the beginning. It worked so well that I decided to tear down all the resources that were already in place just to get HTTP endpoints for source change triggers: EventListeners, TriggerTemplates, TriggerBindings, Triggers. I was able to get rid of all this bloat just by adding a few lines to my BuildConfig.

A second improvement was to create an owned-by relation between the PipelineRun resource that was created by the custom build and the Build resource itself. It was thus possible to later just delete the Build resource only and have OpenShift take care of deletion of all depending resources, i.e. PipelineRun and all Pods running tasks of the pipeline.

Another evolutionary step was to aggregate the output of all the various containers started in the course of one single pipeline run in the custom build. This way is became possible to display the output of the build with oc logs build/... or even do oc start-build --follow. No need to install the tkn CLI tool for Tekton.

A final extra is due to the special workflow applied by the customer. New base images aren’t promoted right away but require a review and approval step. Not yet approved base images are stored in a separate ImageStream with the tag to-be-approved. Nevertheless, these to-be-approved images may trigger the builds for other base images by means of image change triggers. However, when the same base image builds get triggered by a source code change the underlying base image needs to be an already approved one as the to-be-approved version may not be available at all, or it may be still in the approval process, or it may not have been approved for good reasons.

(For further evolutionary steps see the update sections at the end of the article.)

Disclaimer: The following explanations sometimes assume some basic knowledge of Tekton pipelines and tasks. Apologies for any confusion this may cause for the uninitiated.

I will demonstrate the approach with a relatively simple use case. A build for a customized base image java11-custom that is derived from a customized UBI8 base image ubi8-custom. The Tekton pipeline only consists of two tasks - git-clone and buildah that are readily provided by OpenShift Pipelines. The pipeline is named simple. (It’s basically the Tekton analogon of a BuildConfig with Docker strategy.)

Let’s start with the BuildConfig that is at the beginning of each build:

There are several details to point out. First of all this BuildConfig specifies a custom build (i.e. spec.strategy.type: Custom). The build pod is started with a custom image (spec.strategy.customStrategy.from.name: simple-pipeline-starter:latest). I’ll get back to this builder image soon.

The Tekton pipeline that ultimately will be started is rather generic. The concrete details about what to build and how and where to store it are determined by a bunch of environment variables specified in spec.strategy.customStrategy.env. (Not all possible variables are shown here. Some have reasonable defaults so that they can be ommitted.)

It is necessary to start the builder image with credentials of the service account pipeline (spec.serviceAccount: pipeline). Only this way it is possible to create an instance of PipelineRun, i.e. start a Tekton pipeline.

The builder image for the custom build itself is built with a conventional BuildConfig with Docker build strategy. The Dockerfile looks like:

The builder image is based on the Red Hat provided image ose-cli:v4.9 enabling to run the oc CLI tool within a container. The Dockerfile additionally installs the tkn CLI tool of Tekton and jq, a command line tool to deal with JSON formatted data. These three tools oc, tkn and jq are important building blocks for the actual build script build.sh that is also added to the builder image and specified as entrypoint. Let’s have a look at it:

The principal functionality is to create an instance of PipelineRun (oc create -f -). The output of this command is processed with sed to extract the name of the PipelineRun. (It is stored in $PR_NAME.) Tekton’s CLI tool tkn is then used to display the output generated by the various containers started by this PipelineRun. It is thus possible to display the output with oc logs build/<build-name> or watch the build output when started with oc start-build start-java11-pipeline --follow.

The input to oc create -f - is provided by means of a so-called here document - anything between oc create -f - << __EOF__ and __EOF__. It defines the YAML code of the PipelineRun resource to be created.

A custom build (as any other build derived from a BuildConfig) is represented by a Build resource. For custom builds the corresponding Build resource is provided to the build process by the environment variable $BUILD as JSON data. build.sh takes advantage of this information in two ways.

First, the build script extracts the URL of the image that was changed and triggered this build ($TRIGGERED_BY_IMAGE). In case this build was actually triggered by an image change ("$TRIGGERED_BY_IMAGE" != "null") this image is used as the base image for the following PipelineRun (overriding any base image specified by the FROM clause in the Dockerfile). This is achieved by appending the option --from <image> to the variable $BUILD_EXTRA_ARGS that is handed down to buildah by means of a corresponding pipeline and later task parameter.

For this setup each Tekton pipeline requires a corresponding builder image, not only because of the reference to the pipeline in the build script (spec.pipelineRef.name) but also due to the pipeline specific set of parameters (spec.params) and the workspaces required by the pipeline (spec.workspaces). I’ve introduced the naming convention <pipeline-name>-pipeline-starter (e.g. simple-pipeline-starter) for the custom build images.

The concrete usage of a Tekton pipeline is modelled by BuildConfigs specifying values of pipeline parameters. These are named by the pattern start-<prefix>-pipeline where <prefix> is prepended to the name of the to-be-created PipelineRun instance. It is automatically also used as a prefix for the names of all the pods that are started by the PipelineRun.

I see five benefits of the outlined solution:

Originally the above described BuildConfig used a webhook of Type GitLab. This caused a subtle bug with regard to source code change triggers. As OpenShift’s documentation states:

Unfortunately the BuildConfig references no git repository and no branch to get its input from. It simply starts a custom build with no input except some environment variables. Thus OpenShift assumes that git branch master is relevant. Consequently only POST requests caused by push events on branch master ultimately trigger a build. All other branches cannot be used for source code change triggers.

The workaround is to use a webhook of type Generic. With this type of webhooks the request body of the POST request is not taken account. As long as the webhook token in the URL matches the token in the secret referenced in the BuildConfig a build is triggered.

The final status of the Builds created by the BuildConfig originally did not reflect the outcome of the underlying PipelineRun. In other words: Even when the PipelineRun ran into some problem and resulted in Status Failed the corresponding Build always showed Complete, not Error.

The fix was to make sure that the build script build.sh terminates with a return code 0 in case everything was fine or a return code of 1 (or any other value not equal 0) in case some problem occurred. To achieve this I evaluate the status of the PipelineRun. When the reason field was set to Succeeded the script returns with 0, in all other cases with 1. See the last to lines of the above script build.sh.

I’ve introduced a conditional step to the Pipeline simple: It sends email notifications in case any problem occurred during the PipelineRun. This had the effect that the completion reason for the good case (no problems during PipelineRun, no failure notification) changed from Succeeded to Completed. The build script build.sh has been adapted accordingly.

Additionally our customer requested each image to be labelled with the build date. This has also been added to the build script.

My thanks go to Gerd Beyer for his initial idea.